How to run multiplayer games locally?

We’re working on multiplayer games, however during development it’s easiest and quickest to work locally. Elympics supports 3 distinct run network modes when running from the gameplay scene in Unity Editor:

Half remote mode will allow us to run both server and client games between multiple editor instances and/or game builds. In our case, one of the editors will act as a server, and all others will join as players (clients). Here comes a very convenient package bundled with Elympics: ParrelSync.

In order to create another editor, launch ParrelSync -> Clones Manager and add a new clone of your game by clicking Create a new clone. This can take a while. After it’s done, you should be able to see two clones of launchable Unity instances. 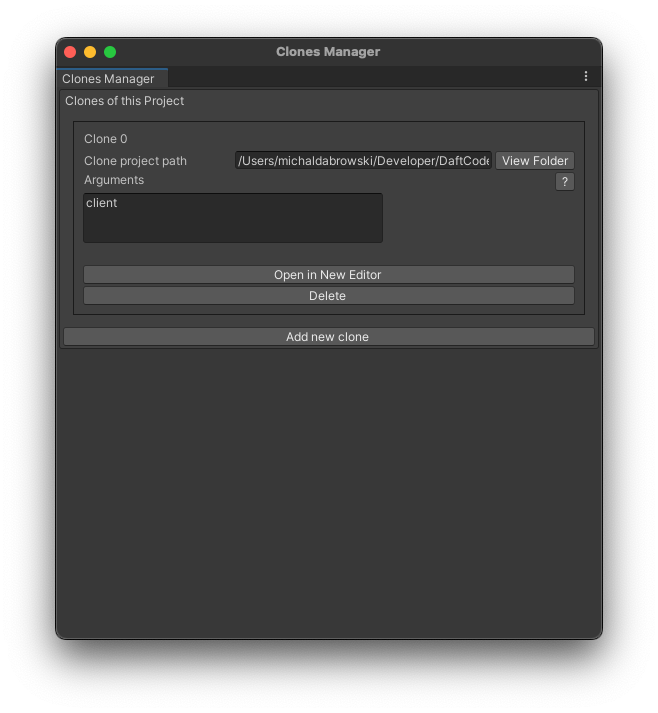 In some cases in order to test your game, you’ll only need 2 distinct clones (one for the server and one for the player). So let’s Open in New Editor in Clone 0 options – this will launch another Unity editor with the same exact project, that will be the player during our tests.

Remember, that all changes done in the main editor, will be automatically applied in all clones (after saving - preferably by Ctrl-S), which will make game testing and debugging much easier. 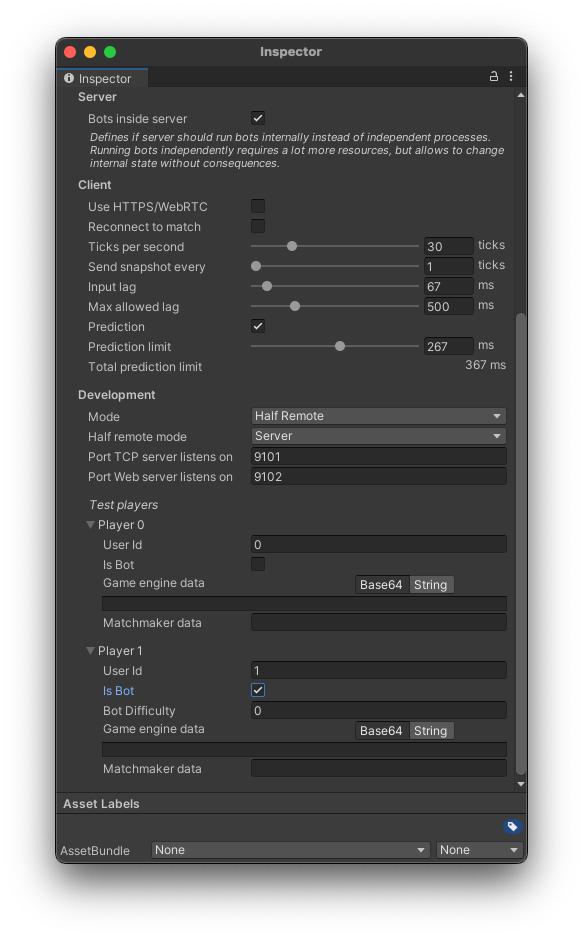 The second editor (Player 0), edit the same settings and set it as player, and connect to your loopback IP (the same as in the screenshot below): 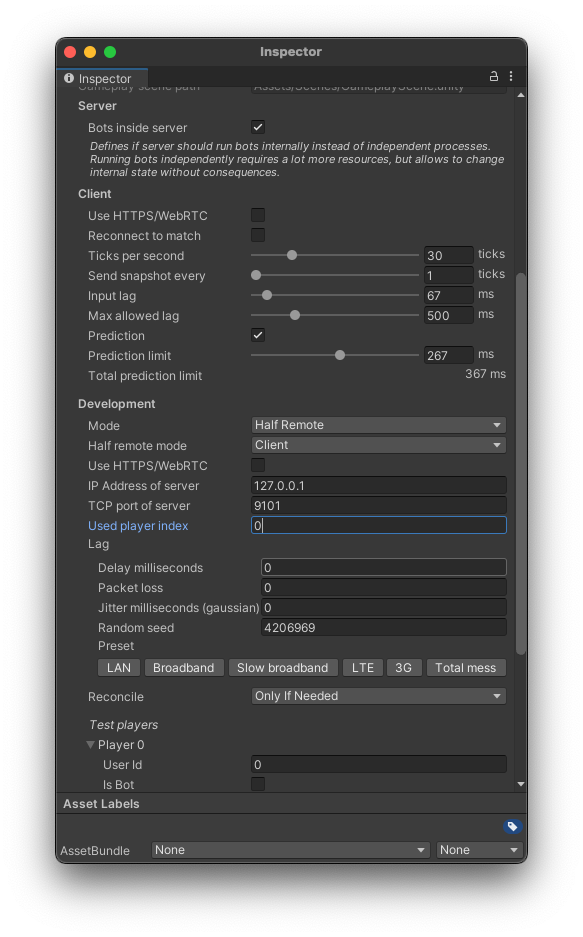 That’s it! We should be able to run our game! 🎉

First, start Play mode in the editor that was configured as the server. Once it starts, do the same in the clone editor (player). The two instances are connected, and you can debug the game state as it’s being actively synchronized between instances of the Editor, in a very similar way to the production environment.